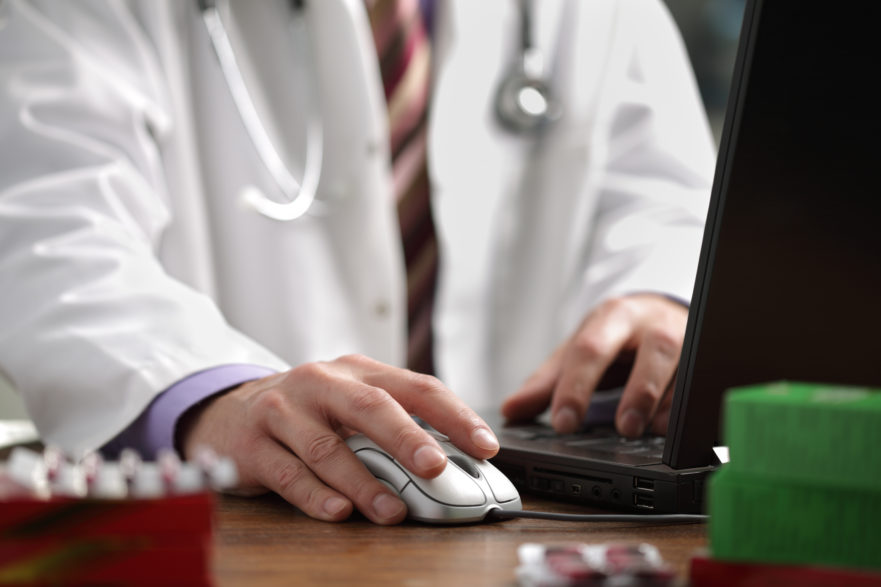 As the first wave of COVID vaccines gives us all hope for a more normalized 2021 – at least emerging by the spring and beyond – there is a brand-new Federal regulatory compliance requirement that looms on the horizon for medical practices, practice groups, and MSOs: OpenNotes, a program from the U.S. Department of Health & Human Services that will require practices to “unblock” various categories of Physician Notes and make them available to patients – by Monday, April 5, 2021.

Philosophically, OpenNotes is a simple concept – making a patient’s practitioner notes (including SOAP Notes) available to the patient at any time, with no charge.

Breaking down the basic big picture, the “OpenNotes” concept began in the early 1970s, when academic articles on the idea began being circulated. After the HIPAA federal legislation of 1996 opened a new chapter in patient information transparency, the OpenNotes concept truly became a healthcare industry initiative in 2010, driven by Harvard Medical School – with the founding of the OpenNotes non-profit advocacy organization (see opennotes.org), in conjunction with (and subsequent leadership from) Beth Israel Deaconess Medical Center, an affiliated teaching hospital in Boston, MA.

Proof of Concept for OpenNotes

The OpenNotes organization conducted an exploratory field study of the OpenNotes concept in 2010, at Beth Israel in Boston; the Geisinger Health System in rural Pennsylvania; and the Harborview Medical Center in Seattle, WA. The results of the 2010 study were published in the Annals of Internal Medicine by the American College of Physicians on Oct 2, 2012.

The concept was sound, and the field study provided even better than expected results among both clinicians and patients.

Enactment of The Cures Act and OpenNotes

Thus, in the 2008-2016 Obama administration era of ambitious and far-reaching healthcare legislation, (the first reauthorization in 2009 of the 1997 Children’s Health Insurance Authorization act, the Affordable Care Act of 2010, the Medicare Access and CHIP Reauthorization Act [MACRA] of 2015, among other legislation with which practices are well familiar), it’s no surprise that there was another impactful bill passed by the US Congress in 2016: The “21st Century Cures Act” of December 13, 2016. This Act of Congress focused on research and drug development and other topics, but tucked into Title IV, Sec. 4004 of Public Law 114-255 of the 114th Congress was a provision against Information Blocking (blocking a patient’s healthcare information from his or her access), that would take effect four years downstream, on Nov. 2, 2020.

Though the ONC (Office of the National Coordinator for Health Information Technology, a staff office within the U.S. Department of Health and Human Services) did make an allowance for COVID-19 by pushing off the original deadline of Nov. 2, 2020 for OpenNotes compliance, they specified April 5, 2021 as the new deadline.

So, back to the big picture: The wholesome and innocuous add-on of OpenNotes compliance to a larger legislation package back in 2016 under the Obama administration has come home to roost for practices in 2021 – and will go into effect on April 5.

Compliance with Cures Act and OpenNotes

So, what do medical practices have to do to be compliant with The Cures Act and OpenNotes?

Psychotherapy notes, and information compiled in anticipation of a lawsuit, are exempt from the rule.

For practices with a Patient Portal, the 21st Century Cures Act should not have a big operational impact – practices will just need to reroute and feed some new data streams into the security-protected access each patient has. If you do not have a Patient Portal, it gets more complicated. The options start with allowing patients access to their files on your EHR with strong user-specific security – but a more simple and compliant option will be for practices to add a Patient Portal functionality to their EHR system.

What is the risk for non-compliance with the 21st Century Cures Act?

Changing practice workflows or adding a patient portal may seem like daunting tasks for some practices. So, what are the risks for non-compliance with the 21st Century Cures Act? While the details are still being determined in Washington – as well as any incentives for compliance with OpenNotes, it should be noted that the 2016 legislation authorizes a penalty “which may not exceed $1,000,000 per violation.” A potentially staggering penalty for most practices.

As you would imagine, there are several key best practices in implementing and maintaining compliance with OpenNotes – it will impact everything from how practices record notes to IT network security. Medical Advantage will be publishing more detail on OpenNotes rollout and implementation strategies in the weeks to come; but to learn more now, contact us.

Are you interested in learning more about the services we provide?

Financial DashboardsJoin Us For Our Next Webinar Series

Join us in our upcoming two-part webinar series to learn about how Financial Dashboards can help your medical practice. Don't wait, register for these webinars today.